Testimony of the Honorable Scott D. O’Malia Before the Subcommittee on General Farm Commodities and Risk Management House Committee on Agriculture

The Commission has been given the momentous task of creating a regulatory environment that increases transparency and improves stability in the financial markets. The Commission, in implementing such broad and ambitious goals, was tasked with transforming Dodd-Frank objectives into a workable regulatory framework. Given the intrinsic complexities of the financial markets, the Commission must come up with clear and consistent rules that take into account the global nature of derivatives trading. Although it is difficult to achieve these goals without making mistakes along the way, when flaws are uncovered, it is imperative for the Commission to work with market participants to come up with better solutions to implementing Dodd-Frank objectives. If the Commission does not faithfully implement the statute or make the necessary conforming updates to its rules, this Committee has every right and responsibility to make the necessary and immediate changes it sees fit. I am happy to continue to work together to provide any information the Subcommittee requires to ensure the Commission is operating as authorized and as mandated by the Dodd-Frank Act.  More... 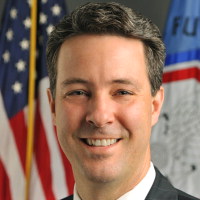 Scott O’Malia was confirmed by the U.S. Senate on October 8, 2009, as Commissioner of the Commodity Futures Trading Commission (CFTC), and was sworn in on October 16, 2009. He is currently serving a five-year term that expires in April 2015.

Born in South Bend, Indiana and raised in Williamston, Michigan, Commissioner O’Malia learned about commodity prices firsthand growing up on a small family farm.  As a Commissioner of the CFTC, he brings both his agricultural background and experience in energy markets, where he has focused his professional career.

Prior to beginning his term at the CFTC, Commissioner O’Malia served as the Staff Director to the U.S. Senate Appropriations Subcommittee on Energy and Water Development, focusing on clean energy technologies.   From 2003 to 2004, Commissioner O’Malia served on the U.S. Senate Energy and National Resources Committee under Chairman Pete Domenici (R-N.M.), as Senior Policy Advisor on oil, coal and gas issues.  From 1992 to 2001, he served as Senior Legislative Assistant to U.S. Senator Mitch McConnell (R.-Ky.), now the Senate Minority Leader.  During his career, Commissioner O’Malia also founded the Washington office of Mirant Corp., where he worked on rules and standards for corporate risk management and energy trading among wholesale power producers.

In his time at the CFTC, Commissioner O’Malia has promoted the use of technology to more effectively meet the agency’s oversight responsibilities and advocated for the CFTC to adjust and adapt to its evolving mission after the passage of the Dodd-Frank Act.  Commissioner O’Malia reestablished the long-dormant CFTC Technology Advisory Committee (TAC) and urged for the creation of the Office of Data and Technology (ODT).  His efforts also include championing swap execution facilities (SEFs) as innovative, flexible, and transparent platforms that will encourage the trading of swaps on exchange; the establishment of an interdivisional staff working group to reform the CFTC’s swaps data recordkeeping and reporting procedures; and leading initiatives for a strategic technology plan.

Commissioner O’Malia has also emphasized the importance of international cooperation and harmonization with foreign jurisdictions to effectively and efficiently regulate the global futures and swaps markets, in accordance with the principles set forth by the G20.  He frequently speaks at international events, including participating in meetings of the International Organization of Securities Commissions (IOSCO) and direct engagement with foreign regulators on the cross-border application of the CFTC’s swaps rules.

Commissioner O’Malia is committed to transparency and restoring accountability in CFTC rulemaking, emphasizing the importance of public participation, adherence to administrative procedures, and quantitative cost-benefit analysis.  In addition, he is dedicated to carrying out the mission of the CFTC by preserving the essential price discovery and hedging functions of the futures and swaps markets for end-users.

Commissioner O’Malia earned his bachelor’s degree from the University of Michigan.  He and his wife, Marissa, currently live in Northern Virginia with their three daughters.

The TAC meets frequently under Commissioner O’Malia’s leadership in an effort to meet the challenges that rapid technological advances in the marketplace present and ensure that the CFTC is prepared to be a ‘21st century regulator.’  As Chairman of the Committee, Commissioner O’Malia has harnessed the expertise of the TAC membership to establish technological ‘best practices’ for oversight and surveillance.  Among the critical issues addressed by the TAC are improving the quality and usability of swap data reporting, market structure and liquidity on swap execution facilities (SEFs), and customer protection technology solutions. The TAC’s subcommittees and working groups have released reports on algorithmic and high frequency trading, data standardization, market access, and pre-trade functionality.