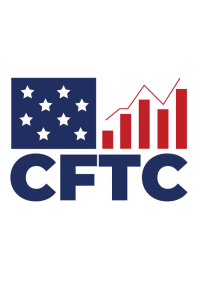 Vincent McGonagle is Acting Director and Principal Deputy Director of the Division of Enforcement at the Commodity Futures Trading Commission. He has served as Acting Director since October 2020. In his current role, Mr. McGonagle is responsible for leading a team of attorneys, investigators, economists, surveillance analysts, and other professional staff who investigate and prosecute alleged violations of the Commodity Exchange Act and CFTC regulations.

A career civil servant and government executive, Mr. McGonagle has spent the last 23 years with the CFTC, including in a number of senior roles. He has led the Division of Enforcement on an acting basis on two other occasions—from October to December 2010 and February to April 2017—and has also led the Division of Market Oversight on two occasions—from October 2013 to January 2017 and on an acting basis from August to September 2019.

While serving as Acting Director of the Division of Market Oversight in 2019, Mr. McGonagle oversaw a number of key rulemakings, and provided guidance and direction to the division’s branches in the handling of time sensitive and complex market issues. While leading the division from 2013 to 2017, Mr. McGonagle oversaw market surveillance, compliance examination, registration and rule review, and the contract market product review programs over trading facilities and swap data repositories.  He also oversaw several rulemakings, testified twice before Senate panels, and led the transition of swaps trading to a regulated market, including the first ever permanent registration of SEFs.

From 2002 to 2013, he served as the Senior Deputy Director of the Division of Enforcement where he opened the first regulatory investigation into LIBOR and other global benchmark interest rates and thereafter supervised the CFTC’s landmark enforcement cases for manipulative conduct and false reporting concerning those benchmarks.

Mr. McGonagle joined the agency as a staff attorney in 1997 after working 11years in private practice.