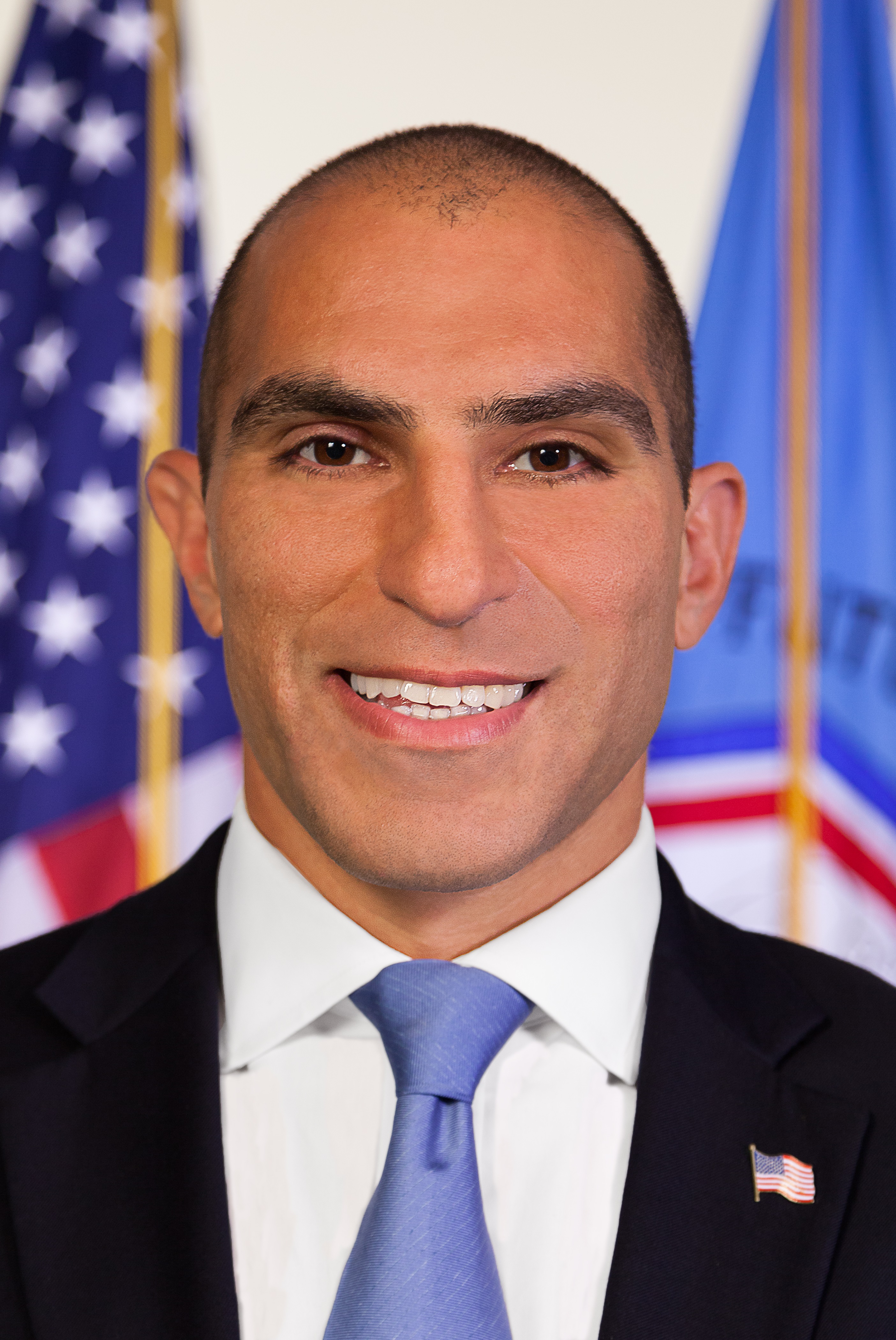 Rostin Behnam was nominated by President Trump as a Commissioner of the Commodity Futures Trading Commission on July 13, 2017, was unanimously confirmed by the Unites States Senate on August 3, 2017, and was sworn in to serve as a Commissioner on September 6, 2017 for a term expiring in June 2021.  The members of the Commission elected Commissioner Behnam as Acting Chairman effective Thursday, January 21, 2021.

Upon graduation, he returned to his home state of New Jersey and joined the Bureau of Securities within the state’s Office of the Attorney General.  Following his time with the Bureau of Securities, Acting Chairman Behnam practiced law in New York City, representing public and private companies on a range of corporate law and regulatory matters.

In 2011, Acting Chairman Behnam joined the U.S. Senate Committee of Agriculture, Nutrition, and Forestry, as senior counsel to Senator Debbie Stabenow of Michigan, the Committee’s Ranking Member.  He primarily focused on policy and legislative matters related to the CFTC and the United States Department of Agriculture, agencies within the direct jurisdictional purview of the Committee.  Acting Chairman Behnam’s major responsibilities included advising Senator Stabenow on the implementation of the Dodd-Frank Wall Street Reform and Consumer Protection Act and related matters affecting the Treasury Department, the U.S. prudential regulators, and the Securities and Exchange Commission.

Since joining the CFTC, Acting Chairman Behnam has individually and as sponsor of the CFTC’s Market Risk Advisory Committee (MRAC) advocated for the CFTC to use its authority and expertise to ensure the derivatives markets operate transparently and fairly for participants and customers and innovate responsibly in addressing evolving market structures and products and the emergence and movement of risk across clearinghouses, exchanges, intermediaries, market makers and end-users within an appropriate oversight framework.  Through his MRAC sponsorship, Acting Chairman Behnam convenes leading market experts and public consumer groups to engage in public dialog on such timely issues as interest rate benchmark reform, central counterparty (CCP) risk and governance, evolving market structures, and since the summer of 2019, climate-related market risk.

Recognizing that weather and climate present risks to economic productivity, financial stability, and household wealth, especially in low-to-moderate income and historically marginalized communities, Acting Chairman Behnam led the creation of the Climate-Related Market Risk Subcommittee to examine climate-related impacts on the financial system.  The Subcommittee’s efforts resulted in the September 2020 release of the report Managing Climate Risk in the U.S. Financial System, the first of-its-kind effort from a U.S. government entity.  Acting Chairman Behnam followed its release with testimony before the House Select Committee on the Climate Crisis and presentations in other venues focused on climate-related market risk and incorporating sustainability resilience into our financial systems.

During his time as Commissioner, Acting Chairman Behnam spearheaded efforts to invigorate internal discussions on agency-wide diversity and inclusion initiatives. He remains committed to ensuring that the CFTC remains vigilant in building and maintaining an inclusive workforce, supportive of employees and reflective of the diversity in the markets it oversees and the public it serves.

Acting Chairman Behnam lives in Baltimore with his wife and two daughters.