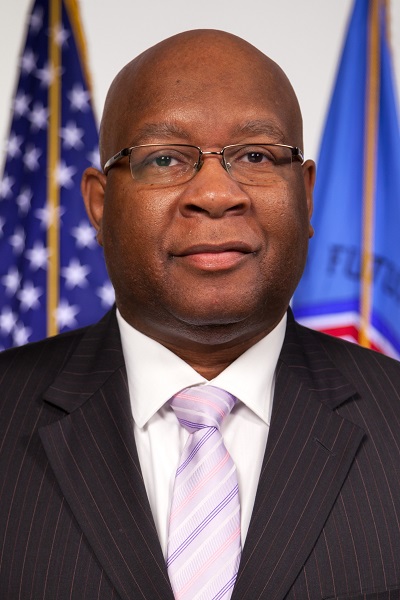 Anthony “Tony” C. Thompson is the Executive Director of the Commodity Futures Trading Commission, where he oversees the Office of the Executive Director (OED).  In his role, Mr. Thompson manages the support functions of the agency, including directing the allocation of CFTC resources, developing and implementing management and administrative policy, and measuring and tracking program performance Commission-wide.

Before joining the CFTC in 2011, Mr. Thompson held senior positions at the U.S. Department of Agriculture where he was responsible for leading a workforce of more than 400 personnel and programs encompassing strategic planning, performance improvement, human capital, budget and financial management, civil rights, labor relations, procurement, and administrative services.

Before entering civilian government service, Mr. Thompson served in the United States Air Force for 32 years reaching the rank of Colonel.  Over the course of his service in uniform, Mr. Thompson served in a variety of leadership roles at the Pentagon, as an officer at both the base and headquarters levels—including at a major command (MAJCOM) headquarters—and as a defense manager and strategic planner on the Joint Chiefs of Staff.